How Doulas Have A Huge, Positive Impact On C-Section Rates 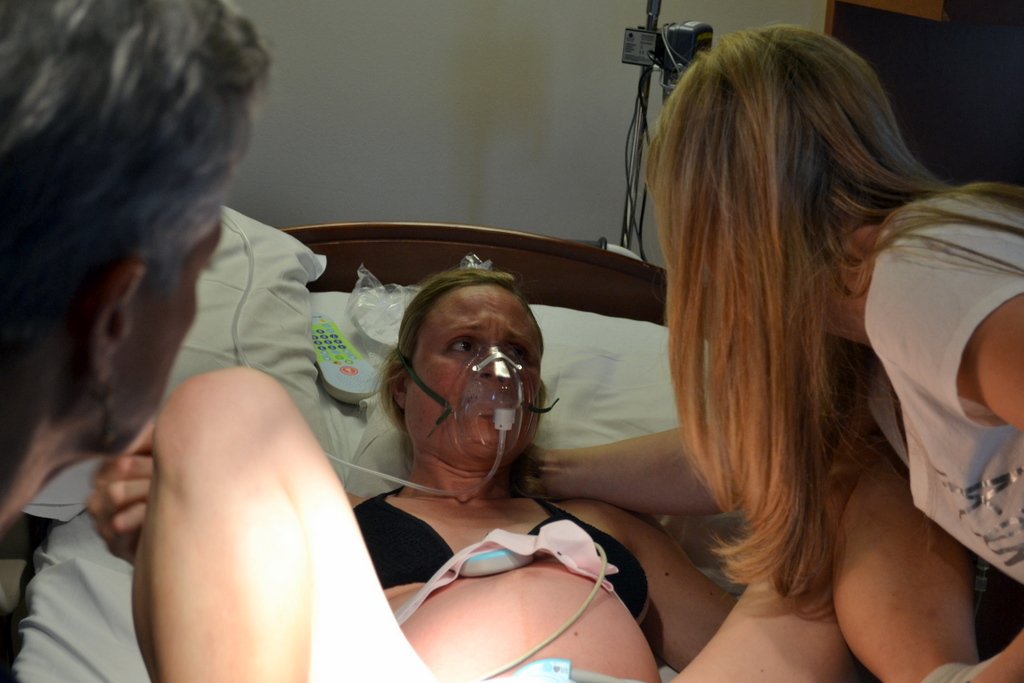 
How Doulas Have A Huge, Positive Impact On C-Section Rates

Doulas — nonmedical professionals who help women cope with childbirth and the postpartum period — do many things. They soothe. They massage. They cheer.

And, according to new research, they may also substantially lower women’s odds of having a cesarean section that isn’t medically necessary.

“The idea with this study was to try and understand who the women are who have doulas, who the women are who want doulas and how does having or wanting a doula affect whether a woman has a cesarean delivery — specifically, without medical indications?” lead author Katy Kozhimannil, an assistant professor in the University of Minnesota’s School of Public Health, told The Huffington Post. The findings were published in the American Journal of Managed Care on Friday.

Kozhimannil and colleagues used survey data on 2,400 women who delivered a single baby in a U.S. hospital between 2011 and 2012 and who answered questions about whether they had a doula, wanted a doula and understood what doulas do.

The presence of a doula at birth was linked to an almost 60 percent reduction in women’s odds of having a C-section, and 80 percent lower odds of having a nonmedically indicated C-section compared with women who had no doula. (Overall, 10 percent of the women in the survey said they had no clear medical need for a cesarean delivery, yet delivered via C-section anyway.)

Women with doulas also had significantly lower odds of having a C-section — both for clear medical reasons and otherwise — than those who wanted a doula but did not have one.

“What our study showed is that [lower odds of a C-section] don’t come with wanting a doula; it’s having a doula that is actually associated with important and substantial risk reductions,” Kozhimannil said.

The survey did not address the reasons the women who wanted doulas did not hire one, but it did find that women who were uninsured or had public health care coverage were more likely to fall in that category than women with private insurance. Previous research has shown that a high out-of-pocket cost is one of the biggest roadblocks to hiring a doula. While some doulas work in volunteer programs that serve low-income women, most charge several hundred to several thousand dollars. Their services are rarely covered by health insurance.

The authors argue that covering doula care as a health insurance benefit could have clear, system-wide financial benefits. C-sections cost more than vaginal births — roughly $28,000 and $18,000, respectively, for commercial payers, according to estimates cited in the study. If doula care during childbirth costs an average of $1,000, and given the estimate that a C-section costs about $10,000 more than a vaginal birth, it would be cost-neutral for private insurers to cover doulas for 10 births if the doulas helped avoid just one non-indicated C-section, the researchers reason. Kozhimannil added that similar savings could also apply under Medicaid.

The new study is not the first to highlight the potential benefits of doula care, both financial and otherwise. A comprehensive Cochrane review of more than 20 trials published last summer found that women who had continuous care during childbirth — whether by a nurse, midwife, family member or doula — were more likely to have spontaneous birth without a C-section or use of instruments including a vacuum or forceps; less likely to use pain medications; more likely to have slightly shorter deliveries; and more likely to say they were satisfied with their birth experience after the fact.

“[Doula care] is a space where the evidence is really starting to coalesce,” said Kozhimannil. “It’s an important space for action on a lot of fronts.”

Here is the link to the article.

Benefits of a Doula!

The benefits of having a doula are many. The following study shows that the presence of a doula positively impacts your birth experience.

Look closely at these amazing results!

(These statistics appear in Mothering the Mother: How a Doula Can Help You Have a Shorter, Easier, and Healthier Birth by Klaus, Kennell, and Klaus (1993)